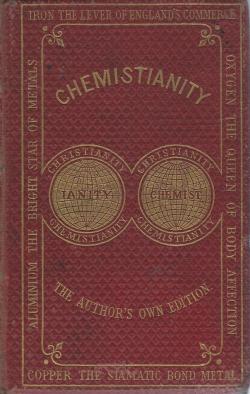 I step forward, to hand you my brief work,
With native diffidence and humility;
Late Formality is a smiling sick man
Mete-ing out Vanity to blind true feeling,
I have not the measure, therefore extend
My two hands to you as warm friend to friend.
My aim in Work was verse narrational
On each known Element term’d Chemical;
Such bodies compose in God-govern’d Rule
The Earth, the Sun, and each Matter Nodule
That, life-like, wisely move in Sea of Space
For man’s learning in God’s eternal grace:
As these bodies compound our Spirit’s Frame
We should know them well by sight, rule, and name.
In that we can exert force Chemical
So we only, of all life Animal,
In that are like to the Primal Causer,
The infinite Motioner of Matter.
Wide would I spread, were it my privilege,
Religion, Chemistry, and Trade Knowledge,
Coupling with those first studies - Elocution,
Four essentials for a Life of Progression.
Permit me now to give the author’s sum
Of this my first book p’rhaps ultimatum.
I trust you Jury, though all will not agree,
You’ll pass a verdict that will favour me.

The title I chose is CHEMISTIANITY .
Or, Proofs of Chemist’s love FOR all Humanity;
God-love in Christ - CHRISTIANITY
Is TO - in and through - Humanity,
Two unequal friends walking, gifting, o’er the Earth,
One Basic Merit, the other, Incomparable Worth.

Chemistry’s the Science of all science,
To disciples firsthand God evidence.

Thus, in some of the worst doggerel ever committed to print, J Carrington Sellars attempts to justify the publication of this quaint volume, with which he hoped to bring a wider public to an understanding of Chemistry. As his enthusiasm for Chemistry was reinforced by the belief that it served to demonstrate God's love in the world, he further hoped to promote Christian faith at the same time, hence the portmanteau title of "Chemistianity".

Sellars' method for teaching Chemistry is through "oratorical verses" which the reader is expected to recite out loud in order to help commit their subject matter to memory. While this kind of approach may be fruitful if the lines are rhythmic and catchy, I doubt that it does when the student is presented with blank verse of such dreariness as is found here.

RHODIUM, Platinum’s natural ally,
A metal of almost silver-white hue,
Is hard to fuse yet very mall’able;
Insoluble per se in all Acids,
Though Aqua Regia dissolves its alloys.
Its Sesquioxide solution is rose colour’d.
Rhodium Trioxide is a blue powder.
Rhodium forms double Salts with Chlorine
Plus Potassium; efflorescent prisms.
Rhodium alloys with most metals but not Merc’ry;
Rhodium in powder, heated in Air, oxides.
Rhodium is found with Platinum Ores
In a native alloyed metallic state
In Brazil, Ceylon, and other countries.
Metallic Rhodium is best obtained,
From prepared Sodium Chloro-rhodiate,
By reducing under Hydrogen, and washing.
Rhodium is used, in alloy with Platinum,
By Chemical factors for Stills and Pans ;
Also, by Chemists for furnace vessels.
Steel alloyed With a trace of Rhodium,
For some purposes is valuable.
Pens tipped with Rhodium are durable.

This is one of the shorter examples. Compelling stuff, eh?

Sellars, like many self-publishers,could not resist overdoing it. As well as a "Procoemium" - a word so obscure that even Google cannot find a meaning for it, but in this case referring to a preface - from which the first verse extract above comes, he also includes a lengthy prologue in which he speculates on various inventions that might be possible with the aid of Chemistry, including the foldable plastic mac, which he anticipates by about 50 years:

Compose a pocket transparent waterproof,
A light Glosser to pack under dress leaf,
Its expanded figure like bishop or cloak,
Of pliant drapery, not eas’ly charr’d,
To fully protect ladies’ dressful charms
From promiscuous home and tempest harms.
’Twould aid to prove what our standard women are,
Home-brilliants of choicest Earth purity,
Whose luminosity is inborn worth
Nourished by educated industry;
Their rays, to men, return’d from bus’ness toil.
Are gleams of true High favour’d happiness.
’Twere sweet, sociably sweet, to see a. 'Dame
Finely attired, bishop’d in glosser frame;
A beauteous bud leaf’d by man’s highest skill,
Charming by love-ert[?sic] hands to free home from ill ;
By her gracious presence first here, then there,
Guiding and assisting in each chief care.
She is at once class beauty beautified,
Man’s love and own Art duly glorified.
There exists not on Earth a sweeter flower,
Than virtued woman in soilless attire.

Such a material would suit many uses.

He perhaps overestimates both the aesthetic and fire-retardant qualities of the actual realisation of this vision, but he was clearly far better suited to futurology than poetry as his other proposed inventions include the water drill, improved buffers for railway trains, a sort of x-ray machine using "concentrated light", signboards using electric lighting and tidal power generation. Perhaps if he had focussed on the applications of his knowledge and not written so much godawful poetry, the name of Sellars might stand with that of Edison or Bell. 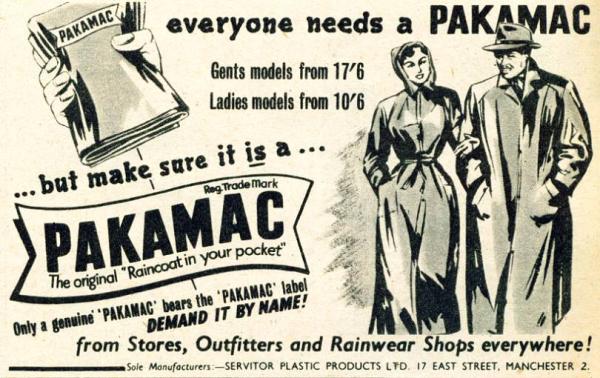 I did not predict that Jesus

I did not predict that Jesus + chemistry + bad poetry = Pacamac, but perhaps that actually makes sense.

I love poetry, but I can say,

I love poetry, but I can say, with utter conviction, that I have never loved rhodium to such an intense, indeed lascivious degree before! Once again, I bow down in stupefied reverence of your ability to show to us mere mortals where genuine apsiration may take us - to scientific brilliance and beyond! Greetings from Denmark.

Francois, how can you not

Francois, how can you not like poetry, after all the fine examples I have given you on this site? I am astonished.

I already don't like poetry in normal circumstances, but this is truly rancid. I guess vulgarization of science hadn't been invented yet!