The Mysteries of Sound and Number 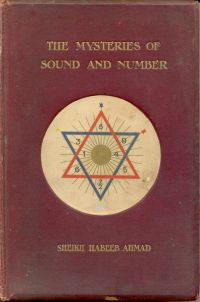 It is difficult to forecast the scope of the present treatise without seeming to make arrogant claims in reference to the results it will accomplish, but the reader will find that it actually does disclose a system susceptible of being worked by any person of ordinary intelligence, by the application of which to various problems in life, events may be predicted, even though they may seem to belong to the order of those which are regarded as the sport of Chance in a pre-eminent degree, or of rival activities in conflict with each other where no human sagacity can determine which will prevail.

That typically verbose paragraph from the introduction to this book, might be translated as "believe it or not, I'm going to tell you how to pick horse race winners".  This exercise is to be undertaken purely for noble motives, it should be said:

If any one imagines that the main purpose of this book has been to promulgate a method of winning on the turf, let the transparent stupidity of such an idea be its own condemnation.

... the purpose of this book is not to teach speculative enthusiasts how to back horses, with a reasonable likelihood of winning, but to establish the reality of hitherto unknown laws exerting a profound influence on human affairs.

Betting shops are full of advanced students of the occult, busy with research into "hitherto unknown laws" - which may well include that which says there's one born every minute.

So, what are these "mysteries"? Well, the name of each horse in a race can be turned into a number, based on the sounds involved in its pronunciation. A name has mystical value, since:

It becomes the name of the person, animal or place by reason of unseen influences, operating, quite unconsciously to themselves, on the inclination — which they imagine to be quite free — of the authorities who confer the name. 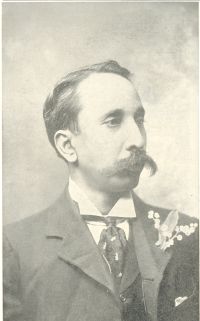 If "unseen influences" are involved in the naming of latter day steeds such as "Burnin Ana Lootin" and "Dynomightrunaway", they seemingly don't exercise any form of quality control. Take care of the sounds and the sense will take care of itself, one might say in a reversal of the dictum of Alice's Duchess.

Once armed with the numbers of the horses in a race, you can determine the winner based on its finish time. This is done by following a tedious procedure based on the division of daylight hours into four-minute intervals governed by different planets and hence associated with different numbers.

I did start the attempt to apply this to an actual race, but the task of working out the numbers for the names and the governing planet is so long-winded and open to error that I confess I gave up, thus proving that I am not "a person of ordinary intelligence".

However, analysis based on simple statistics will show that if any such rule were to apply to horse racing the effect would be to make the distribution of winners a great deal more even than is actually the case. For example., because of the way Ahmad allocates numbers to planets, horses with names that correspond to numbers 1, 2, 4 or 7 would be winners twice as often as any others. Even without knowing the nature of the mysterious law, bookmakers would surely have noticed this effect and set their odds accordingly.

Ahmad produces some retrospective examination of some races that took place in 1902 to demonstrate the worth of his method. For the inevitable cases where it doesn't work he fudges the result by means such as assuming the finish time was recorded inaccurately. Usefully, compound names such as "Lord Ponting" can be allocated two different numbers to aid in the process of making the facts fit the theory.

Whether "Sheikh Habeeb Ahmad" was the author's real name is another matter open to question. He does not look very Sheikh-like in his picture, does he? Perhaps he chose it for mystical reasons: with such a name he might easily win the 3.15 at Chepstow.

i liked this book very much.

Actually, he DOES look

Actually, he DOES look remarkably similar to some of the members of the Hashemite tribe (which include members of the Jordanian royal family, for example). Of course, he also looks very French... An Arab in France, perhaps? Not unheard of. ;) And BTW, I suspect this guy KNEW a lot more than his book intimates... :)
All comments