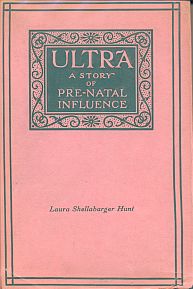 Sounds just like something Madeline Basset would write (from P. G. Wodehouse Books) Now we just need to get our hands on the works of Florence Craye, a newt breeding guide by Gussie Fink-Nottle and a few more...
Submitted by Anonymous (not verified) on 26 Jul 2008 - 22:32 Permalink

But it might make a good black-comedy film!
All comments